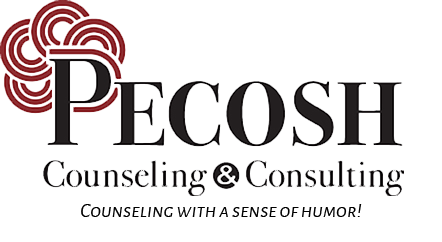 It’s been a running joke, almost since the song’s debut in 1974, for some guy to shout out that request, regardless of the musical venue.  I bet Andrea Bocelli hears it at his shows.  I’m embarrassed to admit that I, too, have been “that guy,” and, in all probability, I’ll laugh when some other guy does it again.

Let’s face it: guys love that song.  Some women do, too, of course; but few of them have the strong, primordial bond with the tune that we men have with it.

Maybe it’s the simple, no nonsense lyrics that can evoke bittersweet feelings of wanderlust and relationships that could have been “if only.”  Maybe it’s the monster guitar riff at the end.  It could be nostalgia for a bygone era, a longing for “a simpler time.”  Funny to watch a live recording of the band playing the song in 1977 and see no cell phones in the air, just people enjoying music in the moment…

I think the reason it resonates with men so much is the notion that “this bird cannot change.”  I think that men love to say, “This is who I am, and I ain’t changin’.”  Many, no doubt, are tempted to add to that proclamation, “And if you don’t like it, there’s the door.”

As a marriage counselor, I’ve seen men being their stubbornly worst.  “You knew who I was when you married me” seems, to many men, to be an excuse for almost any boorish behavior that their long-suffering wives thought their husbands would have outgrown years ago.  “This is who I am” is usually code for “Don’t expect me to have grown or evolved as a person–that’s too hard!  It’s easier for me to be who I was when I last really liked me–in my 20’s.”  Most aging men miss their youth; some blame others for the loss of it.

The following is a list of just some of the reasons I’ve seen couples in marriage counseling because that bird you cannot change:

I will not quit the bar.

I will not quit wing night.

I will not take off my muddy boots at the door.

I will not stop parking the motorcycle in the living room.

I will not come home before 4 AM, and I will not stop bringing home drunken friends to continue the party at our house.

I will not ever take the kids to their friends’ houses.

I will not help with housework or with paying the bills.

I will not stop my flirtatious relationships.

Soon enough, almost all of them are once again free as a bird. The thing is, guys: we can change.  It turns out–we actually can!  It’s just hard.  It can be incredibly hard, and that’s why most of us don’t want to do it, so we instead belt out anthems celebrating our unyielding nature.  Change can be the toughest thing in the world for men, but it is possible!

Sometimes you can make that change on your own; sometimes, you need some professional help, big fella.  Nothing wrong with that.

I’m glad to report that, while I’ve met my share of rigid men, I’ve also met many guys who have worked at it and brought about sustained, significant changes in their lives–and no one came to take his Man Card!

It turns out, if I stay here with you, girl, things can be better than the same.

Your email address will not be published. Required fields are marked*